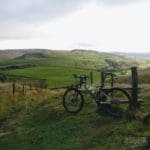 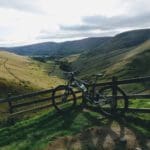 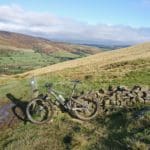 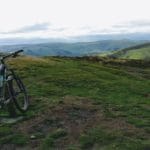 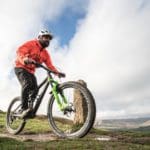 Chinley to Bamford A to B

This is a different type of ride involving a short 20 minute train journey for 2+ hours of riding, taking in the highest point in the peak district and a good portion of the peak district all weather route. With the option for two coffee stops and roughly 2,500ft of descending there is something here for everyone to enjoy!

This ride suits itself to those wishing to hire a bike from the Bike Garage for a proper day in the peaks. Starting at the Bike Garage a short trip to the Bamford train station is the first step, make sure you go to the Manchester side of the tracks as you don’t want to set off towards Sheffield! Get on one of the frequent trains through to Chinley, this is only a 20-minute ride so be sure not to miss your stop.

Once in Chinley leave the station via the footbridge onto station road, from here follow the road left to Green lane then left again onto Stubbins lane. Now it is time for the first climb of the day, follow Stubbins lane for roughly a mile before turning right onto the bridleway just after the paved driveway, this is the start of the offroad section. This stretch of the bridleway is followed for another mile before reaching a wooden gate, pass through this gate and follow the bridleway for the first descent down to Chapel road. This is a nice little descent with amazing views of the Peak District and the route to come.

After joining onto Chapel road turn left and then right at the building, this is only a short road section but is quite a fast road so be careful for traffic. From Chapel road, it is a short half a mile climb up to a very nice descent that drops you down to Coldwell Clough and the foot of the climb up towards Kinder Scout. This descent is a fast-flowing wide grass descent that drops into a more rugged bridleway before joining the small lane, as you get to the end of the descent keep right so you don’t miss the road.

Now it is time for the climb up to the top of Jacobs Ladder, this is a long climb that brings you up just over 900ft over the space of 1.5 miles. It is peppered in loose boulders so can be quite a challenge but the views from the top and the upcoming Jacobs Ladder descent make it well worth it. It’s worth noting this bridleway can be very popular, especially during the weekends in summer so respect other trail users moving in either direction. By the time you have reached the top of the climb at Edale Cross you will be on for roughly 6 miles, the next 3.6 miles are all downhill and come nicely to Edale where you can stop for food and drink. But before coffee and cake it is time for the Jacobs Ladder descent, this is a rugged steep descent that drops you almost 600ft in just less than a mile!

Keep an eye out for other trail users coming up in the opposite direction and make sure you spot your line as there are some little drops that can catch up on you quickly if you are not careful! After this descent follow the bridleway for roughly 2.5 miles taking you through Upper Booth, joining the road into Barber Booth then turning left on the Edale road and following it into Edale.

When you arrive in Edale you have two options, you can push on with the route climbing up to Hollins Cross or take half an hour to get some food and drink from the Penny Pot Cafe.If this takes your fancy ride into Edale turning left at the junction with the red phone box opposite it, just up here you will see the signs for Edale train station and just before the station is the Penny Pot Cafe, they have outdoor seating around the back and it’s a very worthwhile stop to refuel before the next half of this ride.

And just before the station is the Penny Pot Café.  Under new enthusiastic ownership since March 2019 you can be sure of a warm welcome.  Open all year round you can treat yourself to some simple home cooked food, a piece of cake or if you just need a water bottle refill they are more than happy to oblige.  If it’s a cold day you can relax by the log burner and on the warmer days take a break on the terrace before you set off fully recharged for the next half of this ride. 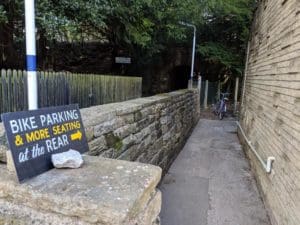 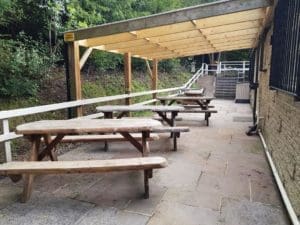 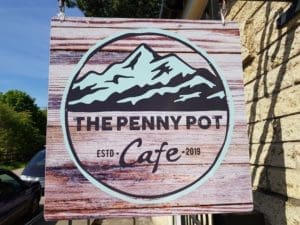 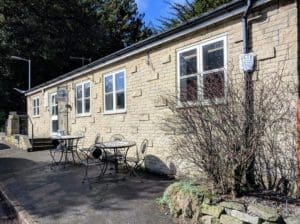 After following the bridleway for almost a mile you will get to a gate, the route goes through this gate and turns right through another gate, the bridleway continues through the field along the stone wall be careful not to follow the footpath that runs parallel with the wire fence. After following through the field for a short while you get to a gate, go through this and continue along the wall to a second gate, the trail gets narrower as it runs along the bottom of a hill before becoming a fun singletrack descent down to a property. Join the road and follow it to a second property and look out for the limestone way sign near the rusted gate, this is again a grassy trail that you follow to the A623 where you take a left following it to a back road just after the first property you come to.

Hollins Cross before the drop-down to Back Tor

Once you have got into Edale or finished at the cafe it is time to climb up to Hollins Cross, the next significant climb on this route. The lane taken to the bridleway is on the right as you come into Edale, it is just before the red phone box you use to find the cafe. You follow this lane for just half a mile before taking the bridleway on the left and climbing up to Hollins Cross. This is another good climb over half a mile climbing almost 300ft, it offers some amazing views over the valley and really pays off during the summer months. After the final kick up to Hollins Cross the route takes the descent to the left down to back tor farm, this is a fast flowing descent that drops into some deep skinny sections, it’s not one that is covered too often due to its location on the hill but works perfectly for this route. After dropping down here you join back onto the Edale road where you turn right, under the bridge and follow for just shy of one mile before joining the bridleway that passes round the back of Clough farm.

This bridleway is followed for 1.5 miles up to Hope Cross, on this section you drop down and climb back up Jaggers Clough, this is a steep climb that is popular in both directions so keep an eye out for other users in each direction. After the final climb up to Hope Cross you get the option to descend down The Beast, turn left to go down to Spud Alley or follow to the right to drop down towards the Roman Road. This route follows down to the Roman road and follows it for half a mile before turning left after the gate climbing up towards Hope Brink and on towards Win Hill. At this point you can follow the Roman Road down into Hope if you want to have a second cafe stop at Cafe Adventure. If you don’t fancy a cafe stop take the left up towards Win Hill. After climbing up here you will see the sign for the bridleway pointing to the right, drop down here for the final major descent of this route, this drops you down to Aston on the Aston Bridleway, this is a 400ft descent that is just over one mile long before joining the road again. At the road take a left and follow it through to Thornhill for just over one mile then take a right at the red phone box before dropping down the road then turning left onto Water Lane. Follow water lane for 0.7 of a mile then turn right into the recreational grounds then through to the garden center under the train bridge back to the Bike Garage.

View from Hope Brinks, final long descent back down to the shop.

This route comes in for 19 miles climbing roughly 3,200ft taking in some significant climbs and descents with a couple of cafe stops on the way. It is perfect if you are wanting to hire a bike from the shop, check the website for availability.

You can download the GPX of the route by following this link.